Today I’ll start out by saying I’ve never felt more alive than I have with my buddy Tank. Just a year ago I was having anxiety attacks overtime I left my house, so I just stayed inside as much as I could. I couldn’t go out by myself because my mind would play tricks on me, causing me flashbacks that would send my mood spiraling out of control.

Since having my buddy around, I don’t get caught up in the unexpected anymore because he keeps me grounded. Now when I’m in public and I feel like overwhelmed all I have to do is reach down and pet Tank. His soft fur and baby brown eyes always grabs my attention and everything else seems to fade away. 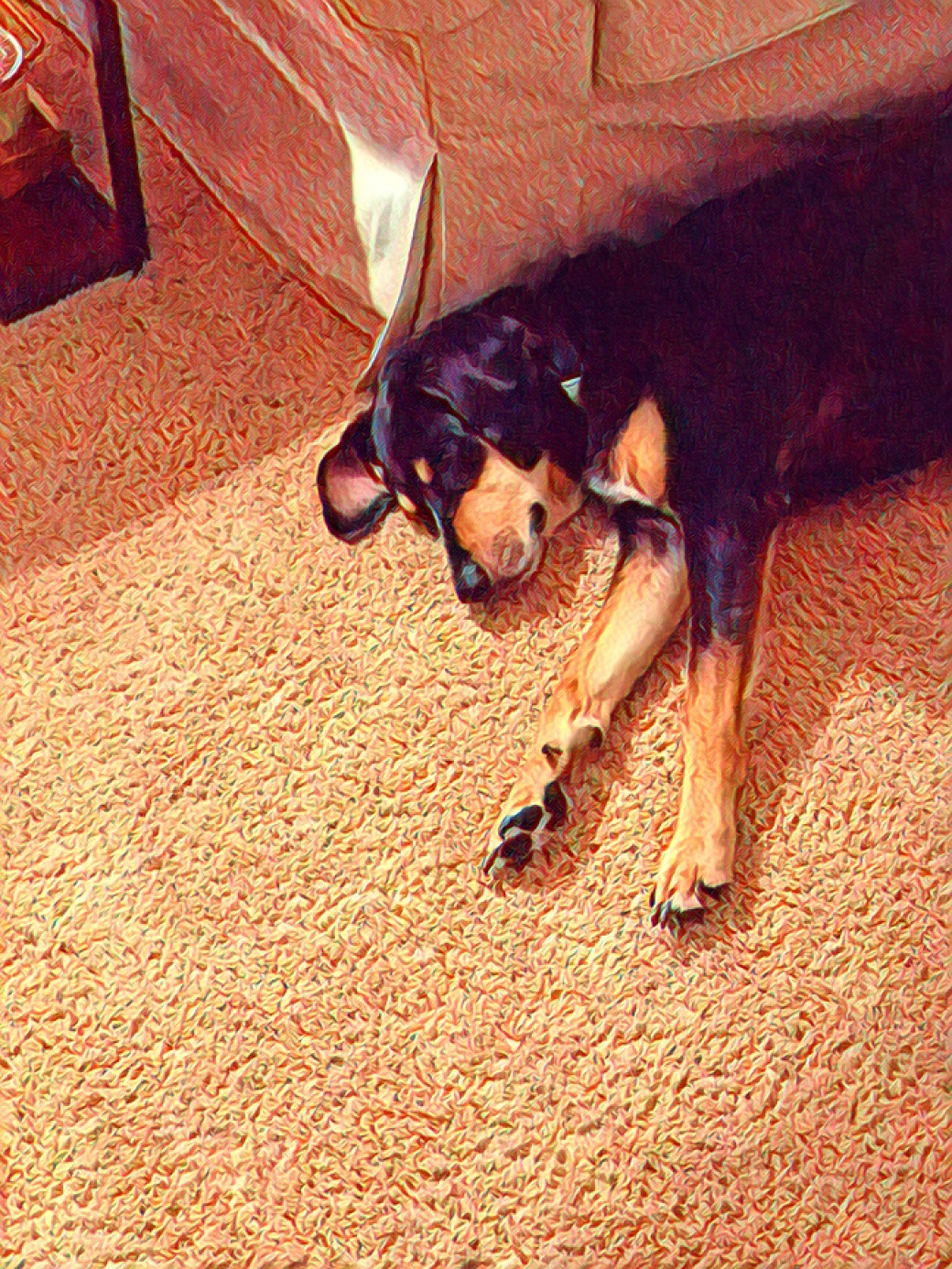 I wish I could have Tank forever. Sadly, after three months of training I’ve found that he isn’t the right dog for the job, here’s why.

A week ago I had to go into my chiropractor office to get some work done. When we first got there, Tank was fine. I signed in and took a seat, Tank laid down next to me. When my doctor came around the corner and looked at me, Tank got upset and started growling at him. I told him to stop as I stood up to shake his hand.

After I was done on a back stretching machine, my doctor came into the dimly lit room and walked over to unstrap me. Tank started growling ferociously at him again. I pulled him close to me and held onto his collar so that the doctor could unstrap me because he wouldn’t quit. When I got up, I stood over to the side of the doctor. Tank went quite so I released his collar and held onto his leash, but within a second he lunged towards the doctor and nipped at him.

If my doctor wouldn’t have jumped back Tank would have taken a bit of his leg instead of his pants. I was in total shock with what happened and I apologized profusely. When we walked out of the office I didn’t want to look at Tank. I’ve never seen him act so violently towards someone.

Quite honestly I was scared; not of Tank, but for him. If he would have bitten my doctor he would be put down. Before this had happened, I didn’t think he could be so aggressive, he acts like a baby any other time, so what happened?

I talked with my trainer Lindsay and told her what happen. She let me know that I shouldn’t take him into public again until she can see his reaction. I want to say I listened to her, but I had appointments and shopping to do so I kept bringing him with me.

One day while I was at the VA hospital talking to one of my friends, Tank lunged at him when he was coming in to shake my hand. He put his jaws around his hand but didn’t bit down. Other than scaring my friend half to death, nothing serious happened. It was at that moment where I started to worry about bringing him anywhere.

I met up with Lindsay at the mall one evening so she could see what Tank does. She had her husband try to provoke Tank by walking by us. Tank didn’t react the first two times, but the third time when he walked up slowly behind me and started to place his hand on my shoulder, Tank went manic.

He started barking nonstop, lunging at her husband with everything he had. It took a lot for me to hold him back. Even after Lindsay walked up and introduced her husband to Tank, with treats, he still wouldn’t stop barking. I walked off with him to calm him down, but every person that passed us seemed to provoke a bad response out of him.

Lindsay didn’t like what she saw at all. It didn’t take long for her to make the vision to stop training him to be a service dog because this was the dog he really was. She said that our bond is so strong that he fells it necessary to be over protective of me.

“There was no way we could have known he would be like this” she  told me. Something inside of me shattered at hearing that. I thought for sure Tank was going to be with me forever, or at least until he passed on to doggy heaven. To think after months of training everything is over for us.

Lindsay explained to me that not every dog makes it through training. There is actually only a 40 percent pass rate for service dogs.

I have a lot to think over the next two weeks. I have to figure out if Tank will stay with us while I try to train another dog or am I going to give him up for adoption. It’s so hard to even think about him not being with us anymore. Tank is so intertwined with me and my family, he is loved beyond words. But, I need a service dog for the goals I want to accomplish.

I’m stuck between a rock and a hard place. It’s caused quite a controversy in my household. It seems like every day since I told my family about the situation we start to argue about what we should do. My daughter was literally in tears over this. She even told me I don’t care about Tank.

If only she knew how much he meant to me. I’m already starting to feel a difference with him not next to me all the time.

Tell me how you feel Cancel reply